Dancing with the Beast on Amazon: is Kindle publishing worth it? 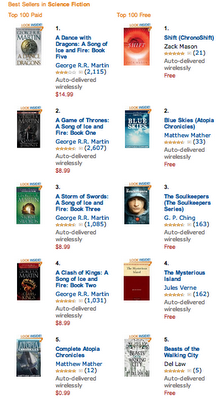 So, good news--the results are still coming in, but so far Beast did much better than I'd expected during its free weekend on Amazon's Kindle Publishing program. The book broke into several lists at its peak, including…

Anyone need a feather? Kiwi is happy to share.